I want to talk about how is Japanese retro gaming industry.

Before I get into the subject, I want to tell youmy opinion about Japanese people.

In my opinion, Japanese people love “New” and “Trendy” stuff. Especially, Japanese people love to have things that other people want to have but harder to get.  For example, when first I came to US, Abercrombie & Fitch was such a big boom in Japan.  The big boom started when Famous comedians and TV actors / actresses started wearing A&F clothes on TV shows.  At that time, there was no store in Japan and you can only get them in US.  That made it harder to buy A&F clothes in Japan. Price of A&F rose and rose. It was seriously insane. Who want to buy $60 retail cloth for $200.  Well, Japanese people did at that time.  It sounds like easy business to make money right?  However, the boom didn’t last long.  A&F opened the retail store in Tokyo.  As soon as Japanese people can purchase A&F’s clothes in Japan, people lost interest in a hurry.  Nobody want to wear them anymore. Almost people felt a little shame wearing A&F clothes because it was not trendy item anymore.  A&F is only one example but there are many similar things that boomed and died quickly such as Yokai Watch, Tamagotchi, eating Banana (There was one TV show saying “Banana is super healthy”. Next day all bananas in the supermarket in Japan disappeared. ), drinking red wine, Furby dolls and etc.

Right now, Nintendo Famicom Classic Mini in big hit in Japan.  I believe because Japanese people like “Trendy” item.  It was just released and people want them. Price is double and triple due to supply and demand.  I assume as soon as Nintendo catch up with supplying them, the boom will be over.

So how about original retro video games such as original Famicom or Super Famicom?

Well, the boom was over when PS1 was released but popularity is still steady. In US, there are a lot of collectors but in Japan, the number of collectors are very little. Still there are people in Japan who purchase retro video games for reminiscing purpose.  Nowadays, sadly many brick and mortar retro video game shops disappeared. Simply people want to purchase newer games and consoles such as PS4 and Xbox one, and not enough people purchasing retro video games.  Only bigger stores with solid supply chains survived.  Also, individual sellers who want to get rid of old games are selling their video games on Auction site and Japanese Amazon store.

How about the price?  From my experience, the price is slowly but surely rising. Simply there are only limited number of supplies because video game makers don’t make them anymore. For example, 2 years ago the price of Super Metroid (SFC) was around $20~25, and it is $35~ now (Dec 2016).  It costs a lot more for me to purchase Japanese games in Japan.  When I went back to Japan in last May 2016, I was so surprised to see the price rising. I went to several retro video game shops in Akihabara, Tokyo. The price was ridiculous. Obviously, the price was for tourists who don’t know the market price. So, I strongly recommend for people who want to visit and buy video games that “DO NOT GO TO TOKYO”.  Again, well known place like Akihabara is not your friend for buying retro video games. I can say that my store price is cheaper than price in Akihabara.  Well, Akihabara is my favorite place to visit but just for fun not for buying video games.  Anyways, there are still handful of local video game stores and thrift stores in rural areas. Best bet is to get “Japan Rail Pass” and go outside of big city if you want to purchase retro video games in Japan.

How about future of retro game? Since the boom is over long time ago, probably popularity will be steady and will gradually go up in the future.  For sure older games will increase values.  More supplies get scarce prices will go up.  I am sure one of you are collectors who want to hold games for future value increase.  And what you are doing is very smart way and I can guarantee you that price of certain games will for sure go up (I will buy you a round of drinks if I was wrong.).

In conclusion, retro video game industry is not dead. It is in the stage of revival.  I don’t think it is going to be a big boom again but it will never die.  Nintendo and Sony probably keep releasing virtual retro consoles and downloadable games on newer consoles. But hey, You and I know that best way to play video games is playing on original consoles.  I believe the future of retro games.  I will keep supplying great games to you and I will do my best to keep best price possible as a US seller.

Thank you very much for reading this long article.  I really appreciate your comments, thoughts, and feedback.

photos belows are some photos from retro video games shops in Japan. 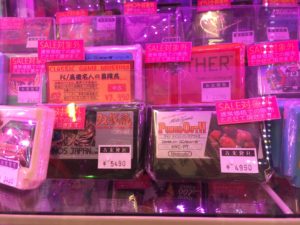 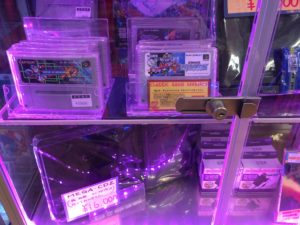 One thought on “Is Japanese Retro Gaming Industry in Japan dead?”