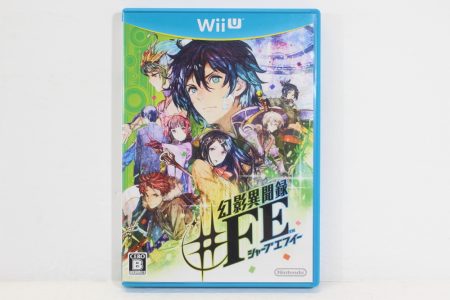 Shin Megami Tensei: Nine is a Japanese role-playing video game developed by Atlus and NexTech for the Xbox, and published by Atlus on December 5, 2002.

Forming part of the Megami Tensei series, Nine takes place in the period of time between Shin Megami Tensei and its sequel, with the survivors of Tokyo’s destruction sheltering in underground bunkers. Taking on the role of a debugger, the player navigates the Idea Space virtual world set up by the survivors of Tokyo’s destruction, which has come under attack by demonic beings called “noise”. The gameplay has the player navigating a customized avatar in third-person through the virtual world of Tokyo, battling enemies using a real-time command-based battle system. The game’s title refers to the number of possible moral alignments available to players. – Wikipedia

Be the first to review “Magatama XBOX (B)”